What is Time of Use? TOU Energy Rates Explained

Posted By SunPower by Green Convergence

The cost of electrical grid maintenance is on the rise. The demand for electrical energy is constantly increasing. In order to keep up, electric companies, such as Edison and PG&E, are forced to charge you for more than just the power you use. Now they need you to pay for when you use it.

However, times are changing and so are the ways your electrical company bills you. The new billing system is called Time-Of-Use (TOU). TOU means that you will be billed more for using electricity at specified hours of the day and less at others. The increased prices for these hours are determined by the strain on the electrical grid at those times.

Below are some helpful charts illustrating TOU hours, according to Southern California Edison’s website. 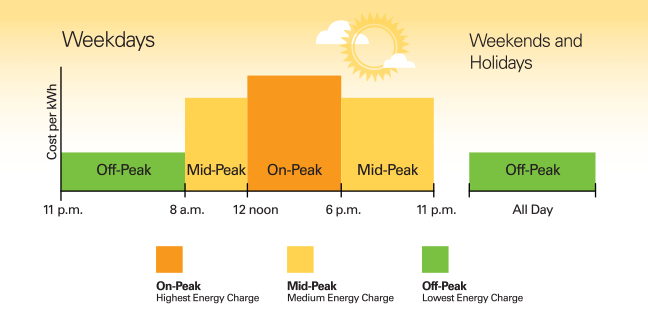 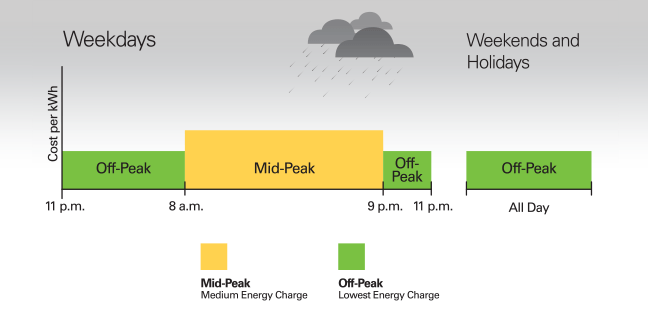 Without solar panels, this new billing process will literally dim your daily routine. But, with solar, the peak hours of power usage overlap with peak hours of sunlight. This means during peak hours, (the majority of) solar users would not be affected by these increased rates.

Why? Put simply, when the photovoltaic cells that make up solar panels are under the sun, they convert light to electricity. According to Edison, “Peak” hours are scheduled when the sun is out. Therefore, solar users won’t have to pay big for using power at peak hours, making Time-of-Use charges one of the many reasons going solar is such an important investment for today’s homeowner.

In the early days of solar, when the tier system of billing was firmly established, many solar contractors tried to entice consumers to go solar by promising to “shave off” the top three tiers of their clients’ electric bills. As years passed, no one using this “tier shaving” method saved money. Many turned against solar. But now, as the mandatory shift from the tier to TOU system approaches, homeowners reconsider going solar as the benefits of a solar energy system will certainly outweigh the cost once the electrical companies switch to Time-of-Use billing.

But, it’s not simply about going solar; it’s about which panels you choose. To ensure your solar panels can off-set your Time-Of-Use and rising flat rate charges, you’ll want have the most efficient panels on the market. There are many different manufacturers and installation companies to choose from, but one brand stands out above the rest. Delivering 44% more power per square foot than Conventional Panels, SunPower panels outpace their competitors in both performance and presentation. So, this year, stop limiting your daytime usage and start saving money by going solar with SunPower by Green Convergence.

As SunPower's first Master Dealer in the world, Green Convergence is Southern California's most trusted SunPower dealer. For more information on how you can benefit from adding solar panels to your home or commercial property, contact us online or give us a call today.