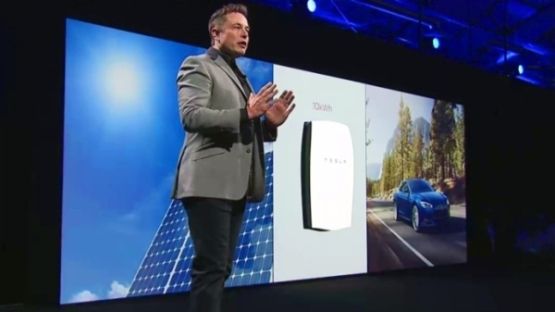 Storing electricity is a large drawback for solar home and business owners as well as your utility company. If your home is equipped with solar panels and produces excess power during the day, you can’t use that excess power after the sun goes down when your panels are no longer generating electricity because there isn’t yet adequate storage for the excess energy created during the day. That energy just gets pumped back into your utility's electrical grid.

During times when electric usage is in surplus, your utility company has nowhere to store most of the excess energy produced during this time. This means when demand for electricity increases, utility companies are forced to reopen another power plant to meet their customer’s needs instead of just tapping into reserves from low-usage months.

So its clear that solar energy has a slight efficiency issue. But here’s where Tesla comes in; they have developed a sleek, wall-mounted battery pack—the Powerwall— for homes and businesses that will be able to store the excess energy produced during the day (1). This energy can now be used at night or on cloudy days when the solar array is not performing at full capacity. 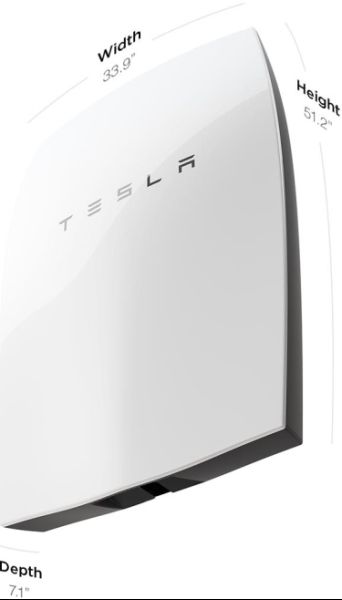 This is great news for everyone with solar; Tesla’s battery makes solar panels an even more effective, green alternative to fossil fuel-created electricity. But not everyone is excited about this innovation. Telsa’s batteries, if they perform as promised, would allow solar homes and businesses to go off the grid—meaning solar users could effectively ditch their utility company completely (1). As you can imagine, Edison, LADWP and other energy providers aren’t thrilled about the possibility of losing customers to solar.

Tesla’s CTO, Straubaul, insists that Tesla is working with utility companies, stating these batteries will likely help improve their services and lower costs (2). Despite this, it isn’t crazy to think many solar users will want to utilize these batteries to get themselves off of the grid completely so they can stop paying their utility’s rising rates. According CA.gov, the price of electricity increased by about 4 cents per kWh from 2000 to 2011 and has continued to increase since (4).

But even with these rising costs, does it make financial sense for solar users to jump ship now? Tesla promises that each home battery will cost around $3,000 (1). One battery alone may not be sufficient for a larger solar energy system so homeowners with larger arrays might need more than one Powerwall unit to get off the grid. (1). This is a steep cost for the average Santa Clarita citizen and most Americans.

As Christopher Helman of Forbes points out in his latest opinion piece, these batteries seem like a rich man’s tech accessory at this point (3). He concluded that unless your solar energy system cancels out your entire electric bill and you have an extra $3-7,000 lying around to shell out for one or two of these Tesla Powerwall units, you won’t be able to get off the grid and you certainly won’t be saving any money.

Sadly, many Santa Clarita solar installers will install a system that only cancels out a portion of your utility bill, making customers a slave to the grid and their local utility company. But, with the help of SunPower panels—the most powerful panels available—installed by Green Convergence, almost system we install can entirely cancel out your electric bill.

And, with time, as with all tech innovations, the cost of these batteries will go down, and they will become more and more financially accessible to more home and business owners. Though many people may still rely on the grid, more and more people can become energy independent—saving money for themselves while alleviating the excess stress on our aging grid system.