Still recovering from the economic downturn of 2008, America’s economy is not doing a great job of supporting our public school system. Just this May, the Castaic Union School District “approved 45.4 layoff notices” in an effort to alleviate the “$4.1 million budget gap” (1). We all know we need to balance our budget but how necessary is it to fire the people who educate our children, especially with our already overcrowded classrooms? For now, it seems to be the reality. 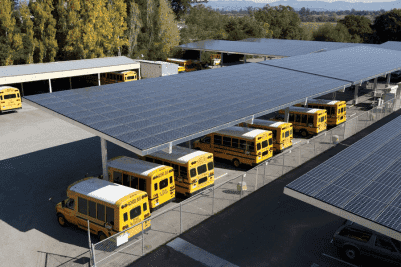 But, with the help of SunPower solar in California schools, lay-offs may eventually become less necessary, perhaps even, a thing of the past.

October 27th 2015 marked SunPower’s “completion of a 750-kilowatt solar power system at Redwood High School in Larkspur, CA” (1). By the district’s estimation this install could cut down the school’s electrical costs by “80 percent”, saving them about “$252,000 each year” (2).

That’s a huge savings. According to SunPower President of Business Units, Howard Wenger, "Tamalpais Unified High School District can rely on its SunPower solar systems to deliver exceptional value for the next 25 years” (2). That means the school could earn as much as 6.3 million back on its investment in SunPower solar over the lifetime of it’s system.

So far, SunPower has successfully partnered with 21 school districts in California to create affordable, money-saving solar projects for their communities (2). Most of the schools in Santa Clarita have already made the switch to solar through similar means— i.e. “parking canopy” solar structures (2). These serve dual functions; they keep the lights on in the school and keep the students’ cars cool.

Now if SunPower solar can save a school a quarter of a million dollars per year, think of how much their panels can save individual households in Santa Clarita. As Fall continues and El Nino approaches, it may not seem like the best time to explore solar for your school district or your home. But due to the time it takes to plan a solar project, Fall and Winter are the prime solar shopping times. 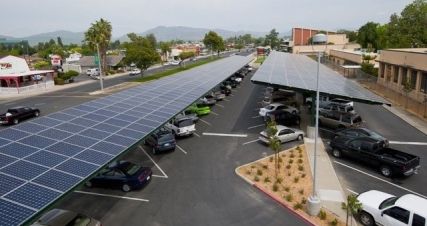 As most successful construction projects are, solar installation requires a decent amount of planning. Plans must be finalized, permits must be acquired and an installation date that works for everyone must be found. Luckily for consumers, SunPower by Green Convergence does most of this work for you, it just takes time.

That’s why now is the time to start your solar journey. Once your solar panels get installed, the sun will be back in full force and your annual solar production will be at its peak. So follow the example of California’s schools and go solar with SunPower today.